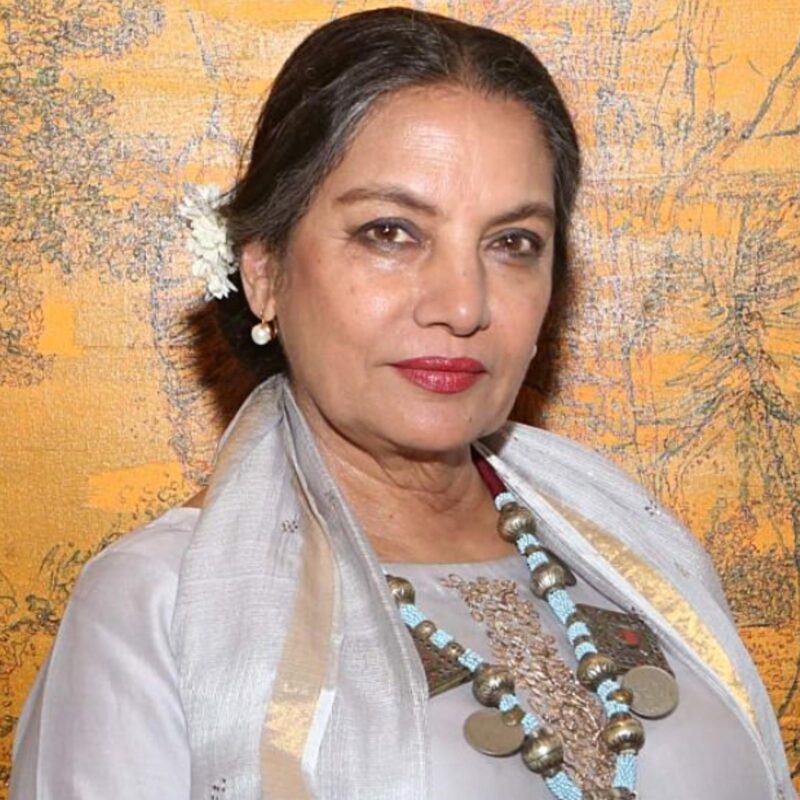 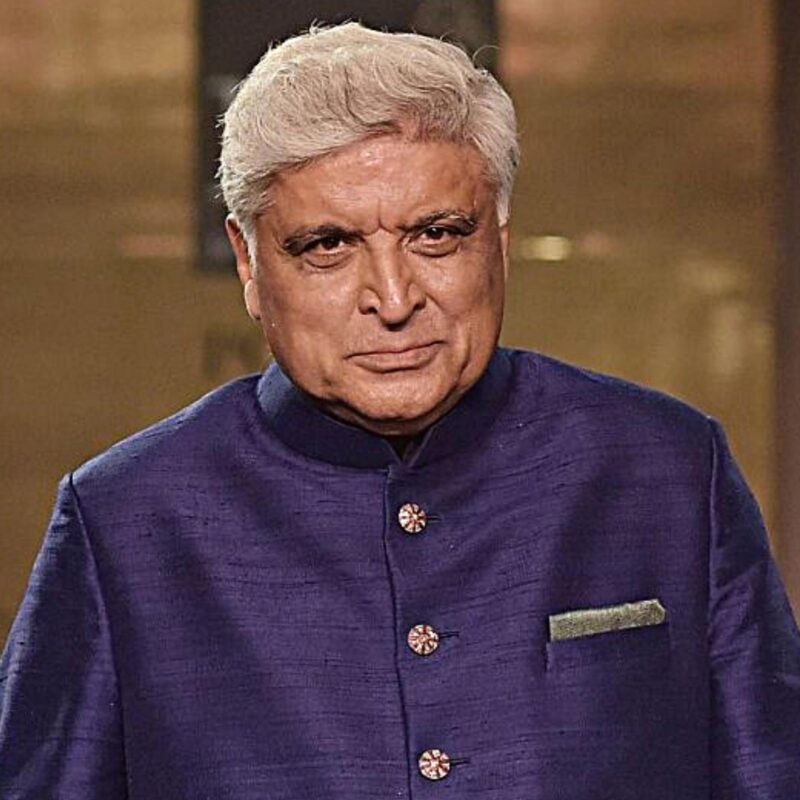 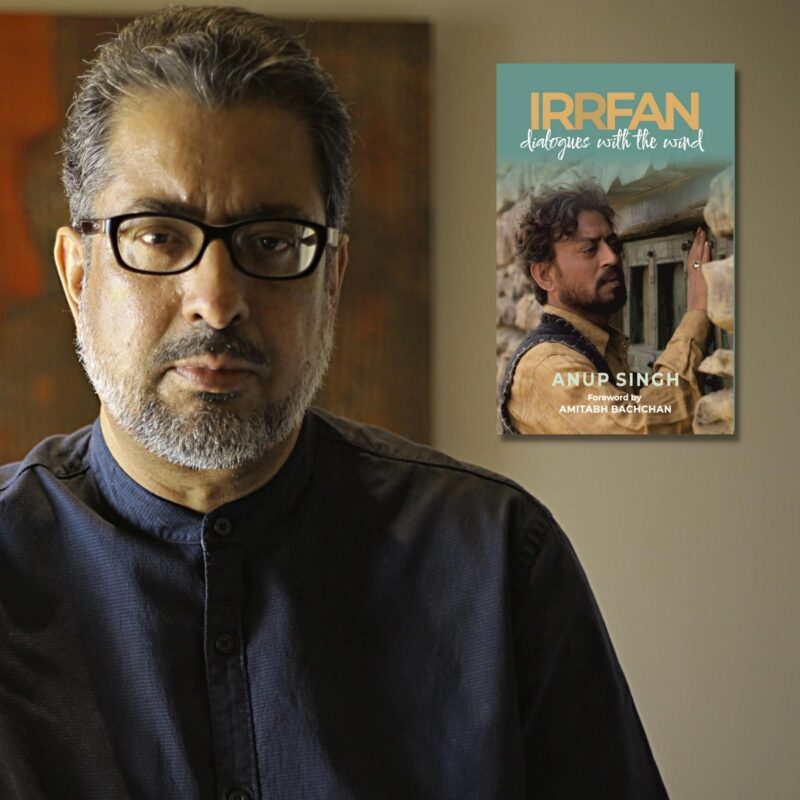 IRRFAN KHAN: DIALOGUES WITH THE WIND –  BOOK LAUNCH & MASTERCLASS WITH ANUP SINGH
An exclusive learning experience of working in depth with actors with TIFF & IFFR winner, and internationally acclaimed writer and film director Anup Singh.
Date: Sunday, Aug 14 | 1:00 PM
Venue: Marriott By Courtyard, 90 Biscayne Cres, Brampton, ON
Fee: $50
REGISTER NOW
About Anup Singh
Anup Singh is an internationally renowned writer, film director and teacher of cinema whose feature “Qissa – The Tale of a Lonely Ghost” (2013) premiered at TIFF, where it won the award for “Best Asian Film” (NETPAC). One of the most critically acclaimed films of our times, it has won 15 international awards to date. His next masterpiece, “The Song of Scorpions” (2017), starring Irrfan Khan and Golshifteh Farahani had its world premiere at Locarno Film Festival in front of 8000 people on the world’s largest film screen. The film has won numerous accolades worldwide. His first feature, “The Name of a River” (2001) was awarded the Aravindan Award for best debut filmmaker in India. Currently he is working on his next feature film “Lasya – The Gentle Dance”, an Indo-Swiss co-production which is being shot in the summer of 2021.
Anup Singh was born in Dar-Es-Salaam, Tanzania, East Africa. He studied Literature and Philosophy at Bombay University and Film at the Film & TV Institute of India, from which he graduated in direction in 1986. He now lives & works in Geneva, Switzerland. Anup Singh has taught and lectured on cinema at numerous universities and film schools in the UK, India and Switzerland. He has also written and directed numerous TV projects and consulted for BBC. 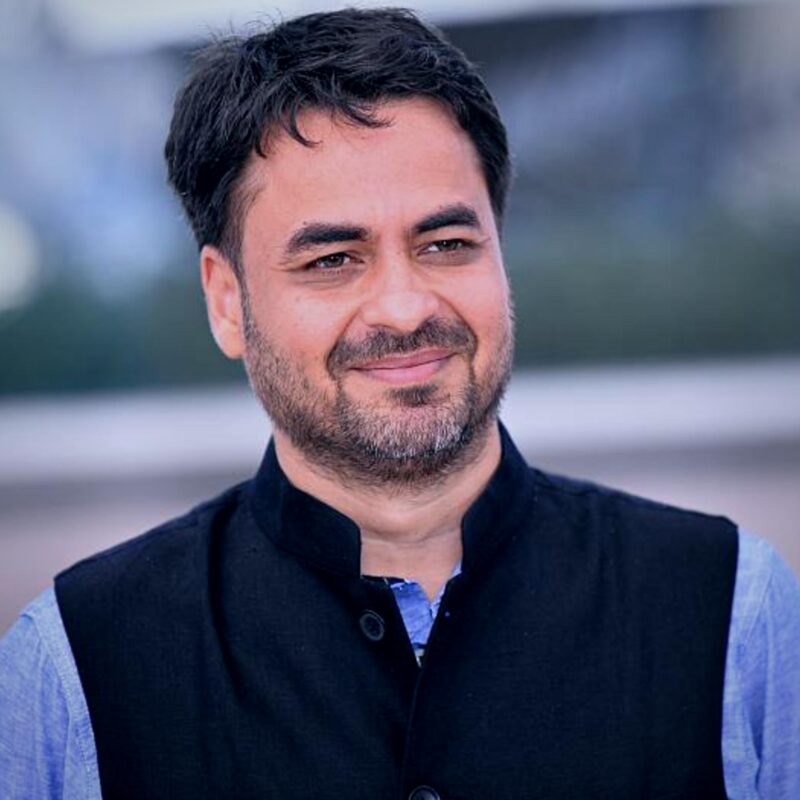 Gurvinder Singh is an internationally acclaimed film director. He is best known for his films Anhe Ghore Da Daan, and Chauthi Koot (The Fourth Direction) which premiered at Venice and Cannes Film Festival respectively. Gurvinder is an alumnus of the prestigious Film and Television Institute of India (FTII), Pune from where he studied film-making and graduated in 2001. He travelled extensively through Punjab between 2002 and 2006, living and traveling with folk itinerants, documenting folk ballads and oral narratives. It led to his first documentary ‘Pala’. He continued to make short experimental works and documenting arts/artists for the next few years. In 2005 he was invited by avant-garde Indian filmmaker Mani Kaul to be his teaching assistant for a master-class at FTII, which led to a close association with the filmmaker who became his mentor. He translated and published a book of conversations of Udayan Vajpeyi with Mani Kaul, titled ‘Uncloven Space’.

He directed his first fiction feature in Punjabi, Anhe Ghore Da Daan (English: Alms for a Blind Horse) in 2011. The film, based on the novel of the same name by well-known Punjabi writer Gurdial Singh, dealt with the angst and distress of the marginalised lower caste in Punjab. The film premiered at the Venice Film Festival and screened at various festivals including Rotterdam, Busan, London, Munich, etc., besides releasing at the Museum of Modern Art (MoMA), New York. It won the ‘Special Jury Award’ at Abu Dhabi Film Festival, and the ‘Golden Peacock’ for Best Film at the International Film Festival of India, Goa, in 2012. It also won three National Awards in India, including National Film Award for Best Direction and National Film Award for Best Cinematography’ at the 59th National Film Awards of India.

His second feature Chauthi Koot (The Fourth Direction), an Indo-French co-production, premiered in ‘Un Certain Regard’ competition at the Cannes Film Festival in 2015. Based on two short stories by Punjabi writer Waryam Singh Sandhu, the film explores the fear, mistrust and paranoia in Punjab in the background of the militant unrest in the 1980s. The film has travelled to various international festivals and won the ‘Grand Prix’ at the Belgrade Auteur Film Festival, the Singapore International Film Festival Silver Screen Award for Best Asian Feature Film. and the ‘Golden Gateway’ for Best Indian Film at the Mumbai Film Festival. It received the National Award for ‘Best Punjabi Film’ in 2015.

His next feature blending fiction and reality, ‘Khanaur’ (Bitter Chestnut) in ‘Pahari’ dialect of Himachal Pradesh, premiered at the Busan International Film Festival in 2019 and was nominated for the Kim Jiseok Award. The film had its Indian Premiere at MAMI, 2019 and its European premiere at Rotterdam Film Festival, 2020.

His new feature in Punjabi Adh Chanani Raat (Crescent Night), based on a novel of the same title by Punjabi writer Gurdial Singh, was invited at the 51st International Film Festival Rotterdam held from 26 January to 6 February 2022.

All 2021 workshops, masterclasses and panels are listed on IFFSA Toronto 2021 Schedule. 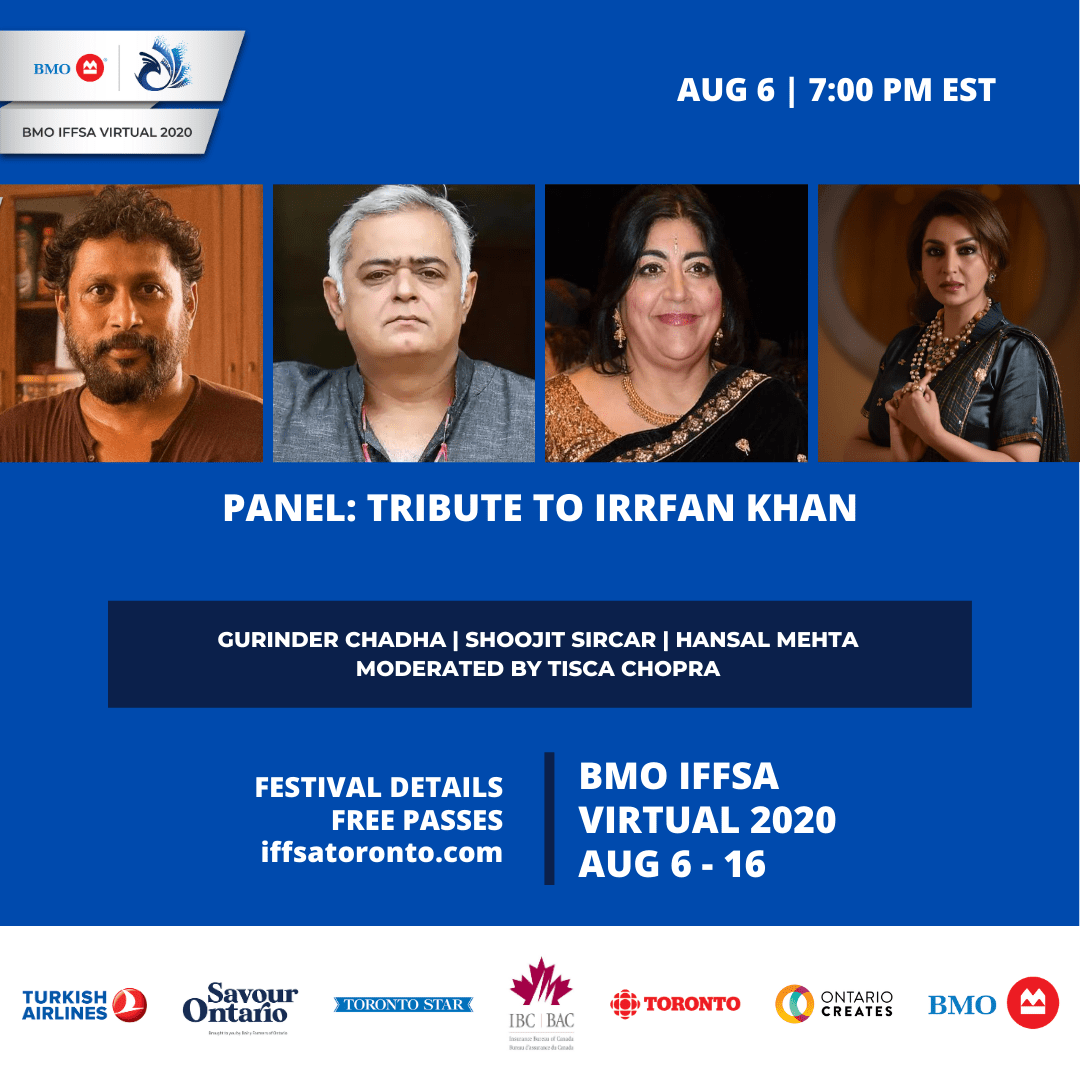 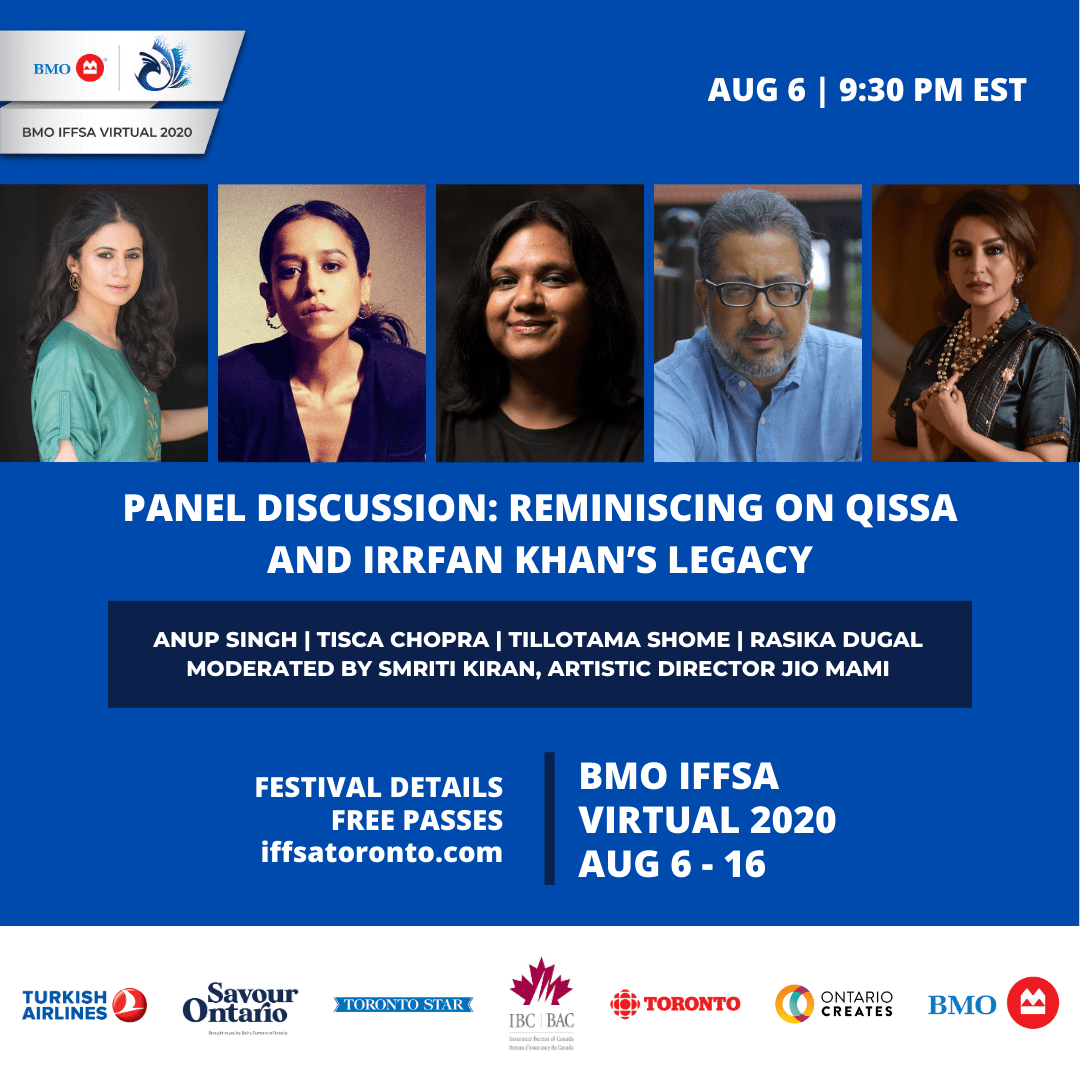 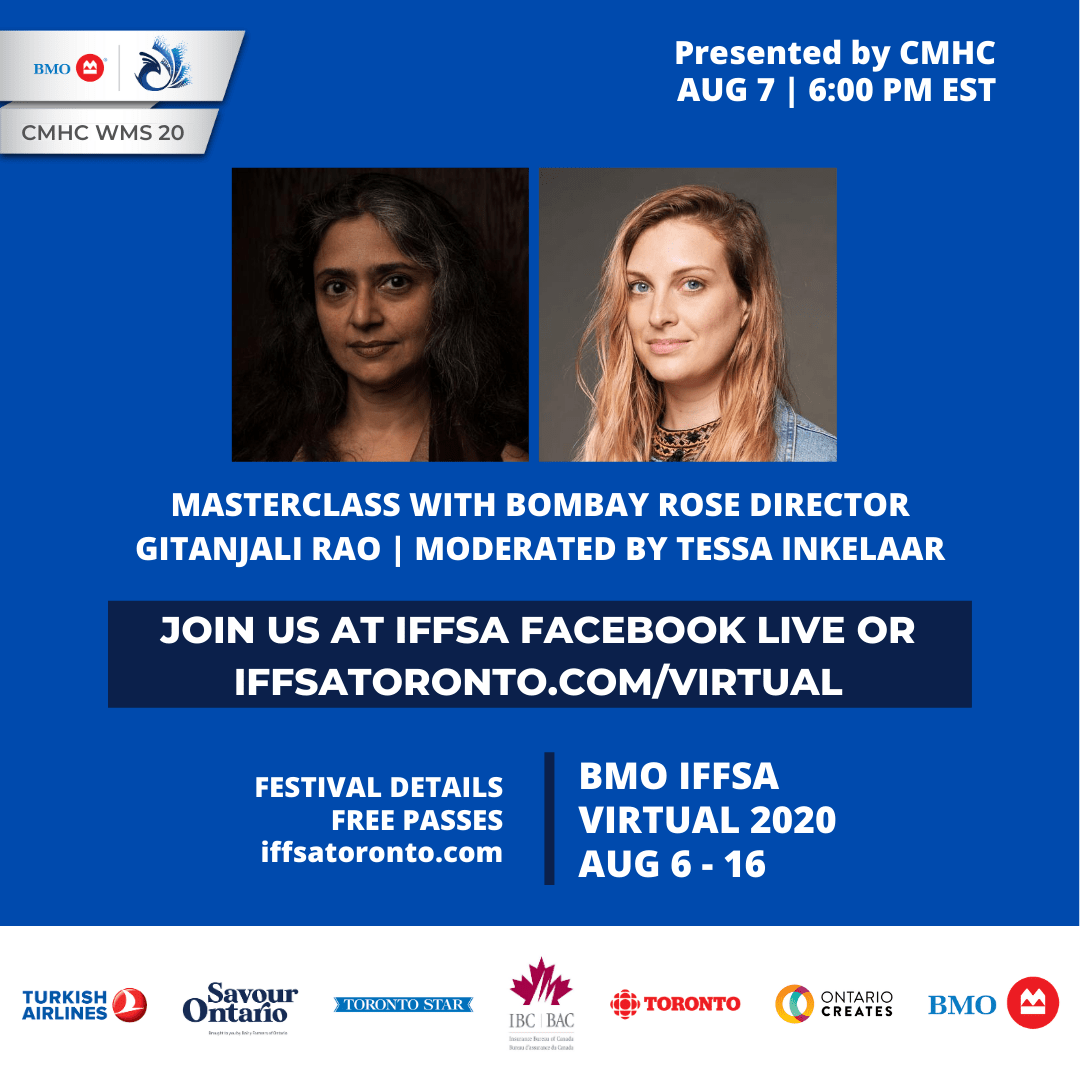 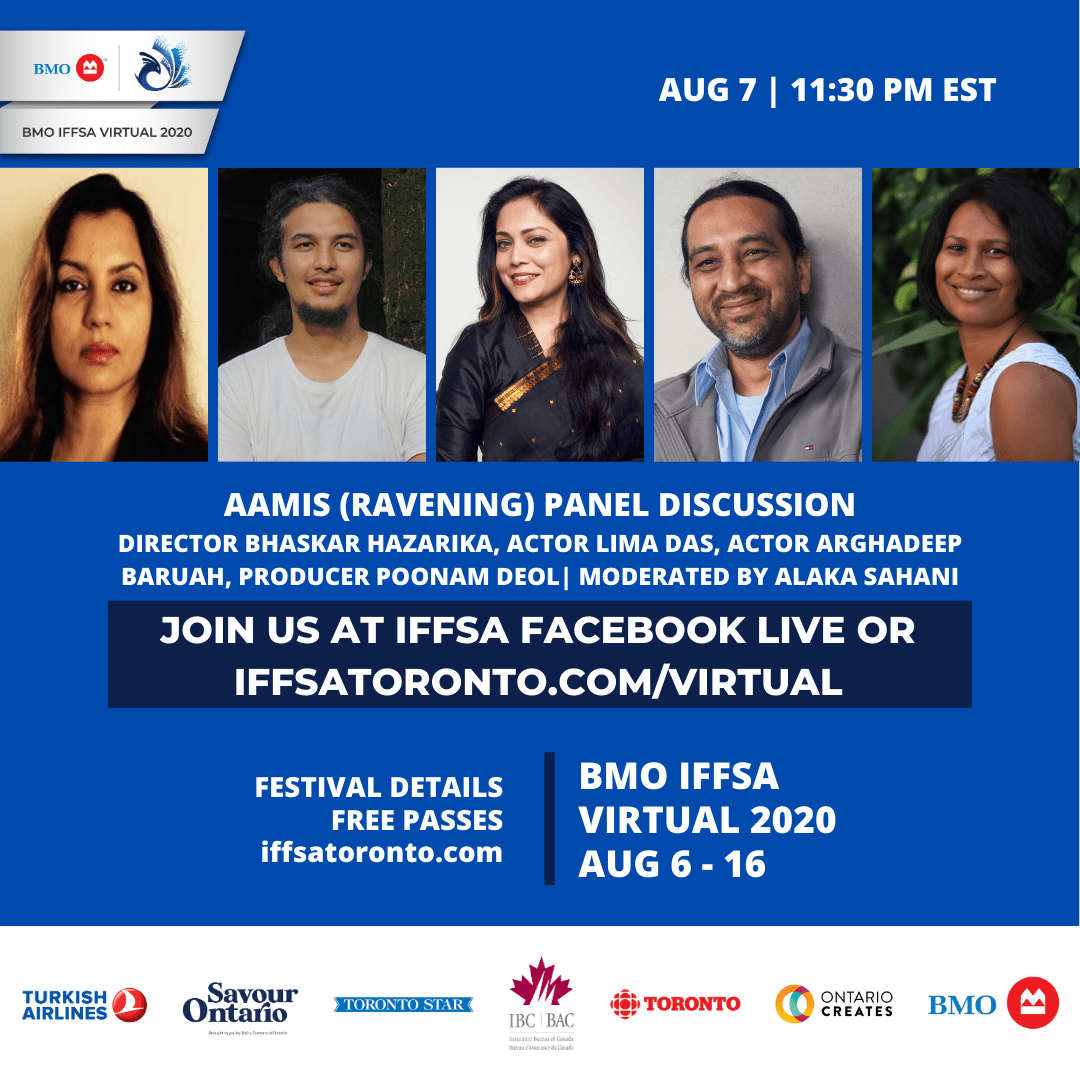 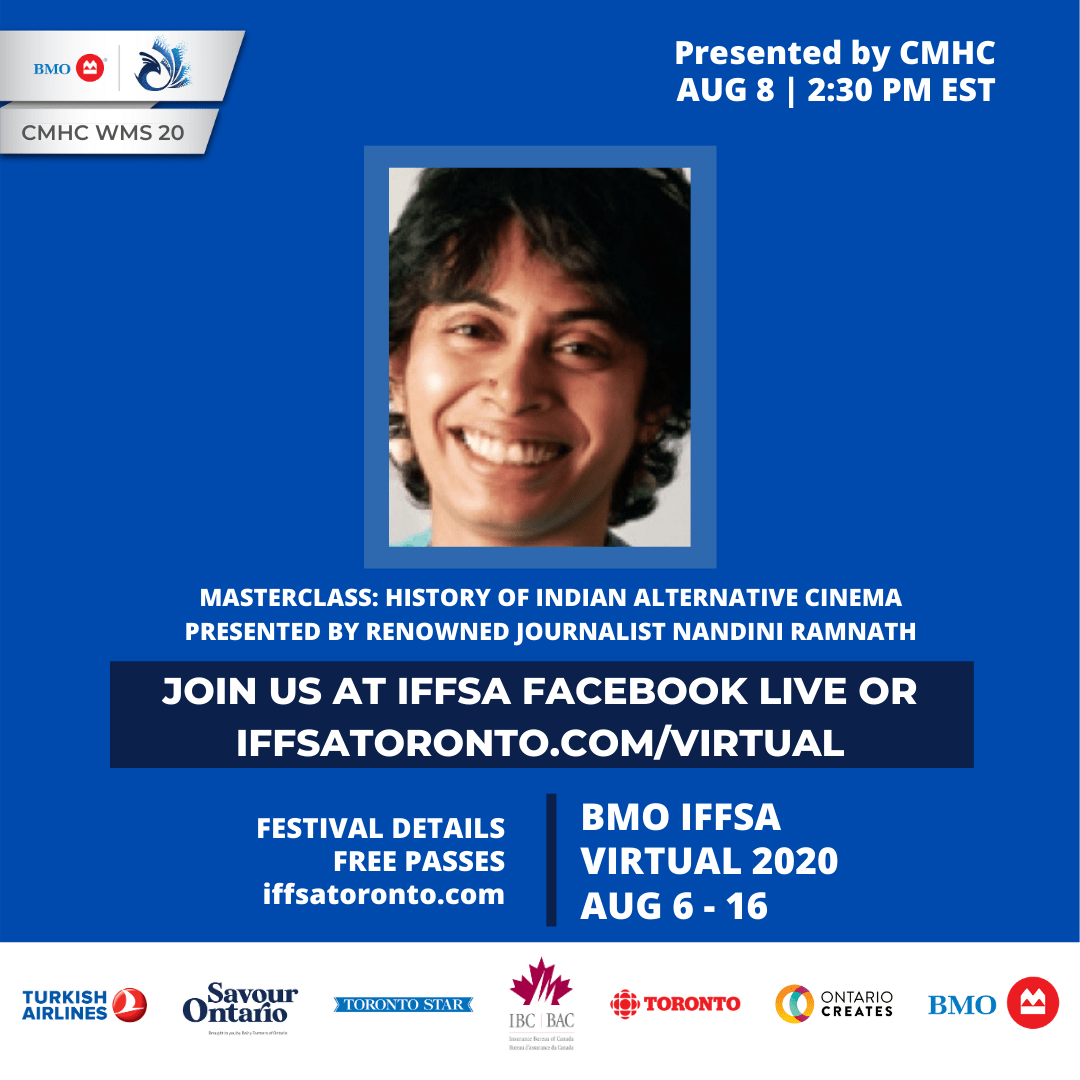 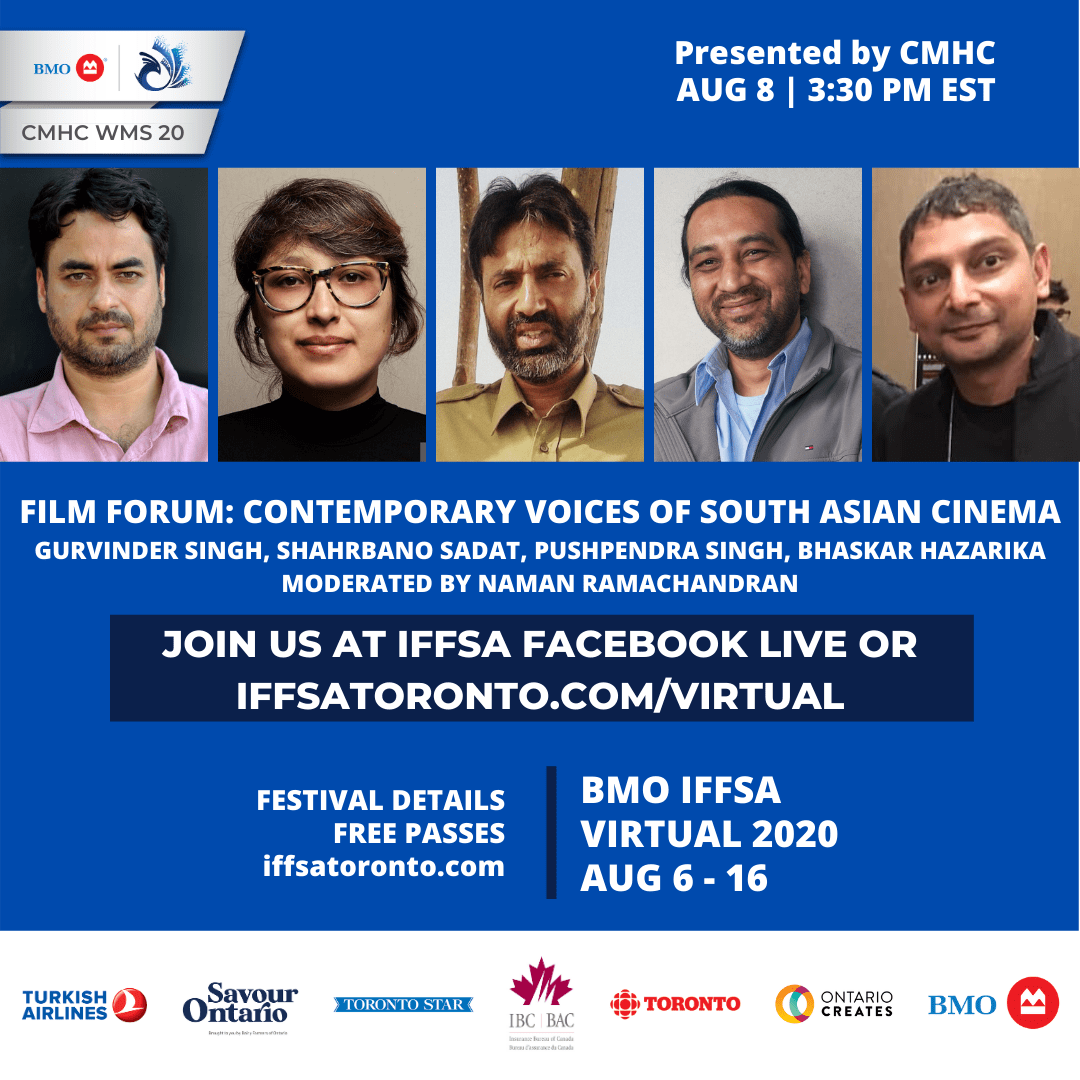 WORKSHOP DESCRIPTION
ACTING THE UNSAYABLE: A workshop for actors, directors and writers.

In our world, we write, gesture, speak in familiar ways and modes so that we are quickly understood and can achieve whatever goal we’ve set ourselves. We rarely reflect on these familiar modes – that, perhaps, they have have locked us into a habitual and mediocre way of relating to our world. We sense that there’s so much more within and between us, but are hardly ever able to reach  that depth or breadth.

This workshop is for writers, directors, actors who would like to take a line of flight into other possibilities of performance: not simply re-present to us ready-made ideas of ourselves, the other and our cosmos, but enter a process of creation that allows the outside world to challenge & galvanize us and our work – & our work to cast its new expanse back into the world.

ANUP SINGH was born in Dar-Es-Salaam, Tanzania, East Africa. He graduated in literature and philosophy from the Bombay University. He is a student of the Film & TV Institute of India, Pune, graduating in direction in 1986. He now lives & works in Geneva, Switzerland.

ANUP SINGH is an internationally renowned film director who’s feature “Qissa – The Tale of a Lonely Ghost” (2013) premiered at TIFF,  where it won the award for “Best Asian Film”. One of the most critically acclaimed films, it has won 15 international awards to date. His next masterpiece, “The Song of Scorpions” (2017), starring Irrfan Khan had its world premiere at Locarno in front of 8000 people on the world’s largest film screen. The film has won numerous accolades worldwide.

Anup Singh has taught and lectured on cinema at numerous universities and film schools in the UK, India and Switzerland.

EVENT 2 of 5: MASTERCLASS WITH MANOJ BAJPAYEE

WORKSHOP DESCRIPTION
A step by step walk through the process of producing an indie film.
1. Development & Script
2. Funding and Financing
3. Prep, Production and Post
4. Distribution and Marketing
At the end, the attendees can get a copy of the book “Producer’s guide for Punjabi Cinema”
BUY TICKETS

A theatre exploration workshop with the master of theatre art, Anamika Haksar who has been trained at National School of Drama and Moscow State Institute of Theatre Arts.

Join the Yogi of Sound Professor Surinder Singh for an insightful workshop exploring the depths of human emotions and their musical connection. Discover how to master your emotions through music and empower yourself with an incredible tool that has the capacity to tackle some of life’s biggest challenges. Journey through sound, emotion and reality to become a better you.

*Festival management reserves the right to modify schedule and replace content under unforeseen circumstances. All film screenings are for 18+ audience.