5 Reasons Why Ardaas is a MUST SEE this March

The word Ardaas means a request/prayer or an address to a superior authority. This upcoming movie encompasses just that with the right amount of  authenticity and class. 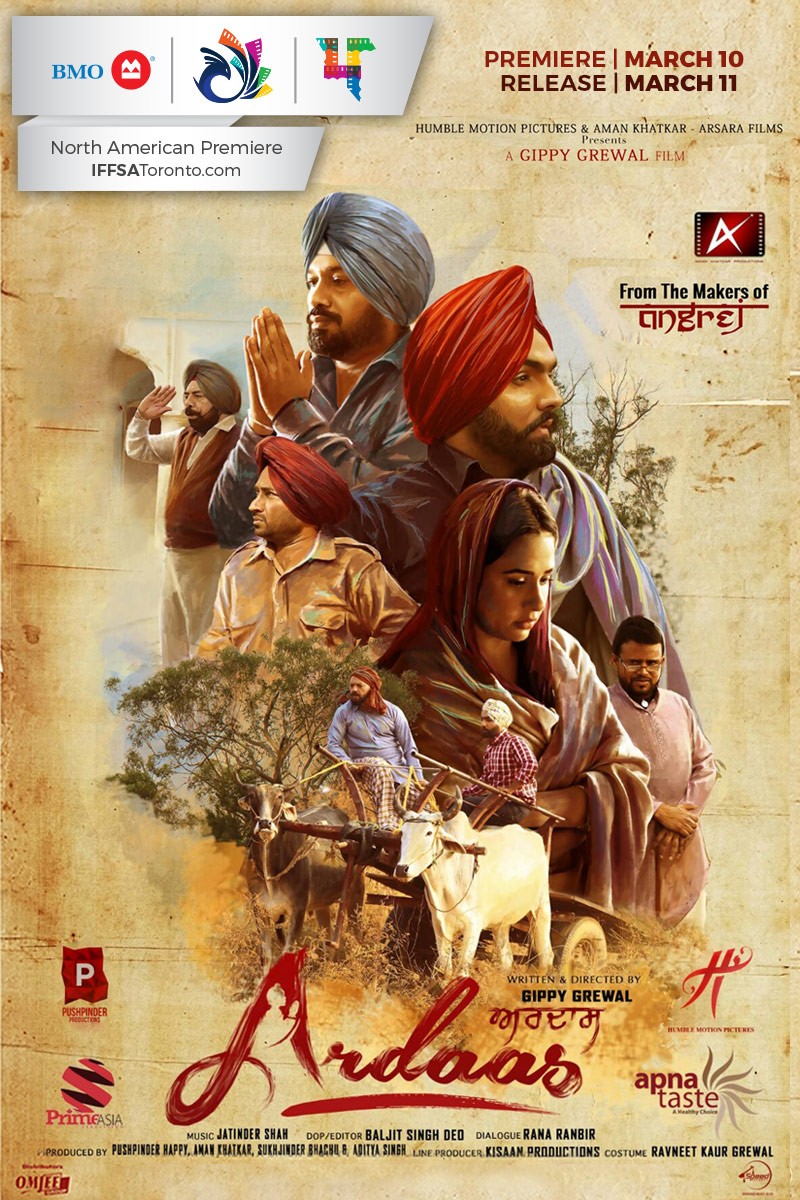 Currently, over three quarters of the youth population in Punjab are addicted to drugs such as cocaine, heroin, marijuana, and others. The Narcotics Control Bureau has reported that over 50% of the drug-related cases trace back to Punjab. Ardaas touches on this topic and creates awareness of such a dismal state of the future generations.

Gurpreet Ghuggi is a prominent actor in Punjabi and Bollywood movies. In Ardaas, Ghuggi takes on an unconventional role, as opposed to the comedic one we have seen and known to love. Fellow comedian, Rana Ranbir will also be seen playing an important role in the movie. He has also written quite a few dialogues which are sure to leave a mark.

Additionally, at the press release held at Courtyard Marriot, Brampton, the camaraderie between Ghuggi and Gippy was totally heartwarming to see! Someone teasingly asked if Gippy measured up to expectations in the director’s seat to which Ghuggi says the experience of being directed by him made it clear Gippy was superior!

The state of Punjab is known for its strong agricultural roots. However, news of Punjabi famers committing suicide has been broadcasted in increasing numbers. Famers take loans and are unable to pay when the land does not harvest crops as planned. The film, Ardaas, shines light on the perspective of farmers.

Gippy Grewal is known for his hit single ‘Phulkari’ which broke several records in Punjab, and for his work on “Angreji Beat” with Yo Yo Honey Singh. Fast-forwarding, he has recorded several songs, acted in many movies and has now directed his first movie. Although he makes a cameo appearance in Ardaas, his efforts are shown by being behind the camera.

Female infanticide has been an issue that dates back in Indian history books. However, the problem still persists and is severely affecting the sex ratio in Punjab. Ardaas shows the struggle a woman endures when she is forced to abide by these radical social `norms`.

If you’ve watched the trailer, you’d have noticed the haunting vocals in the background are emotional and moving. Of course, with names like Rahat Fateh Ali Khan, Kanwar Grewal, and Ammy Virk this should come as no surprise!