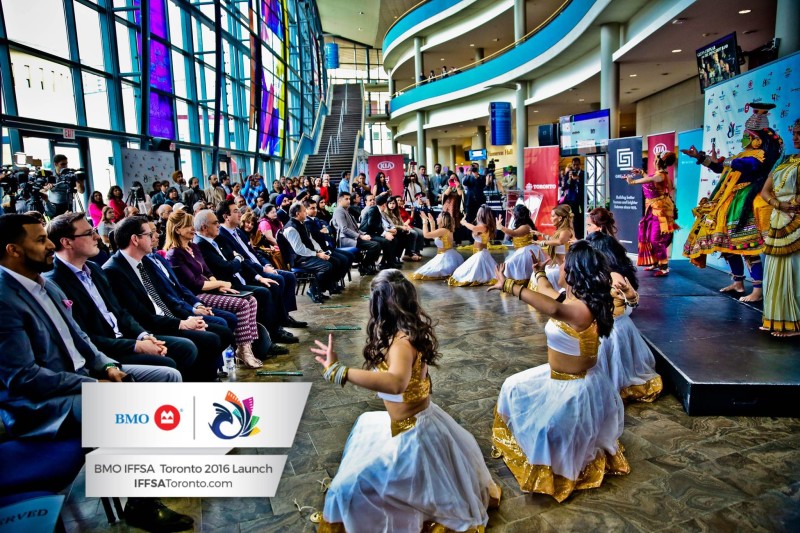 BMO IFFSA Toronto celebrates a milestone as 2016 makes it their 5th year as a film festival in Toronto. During these five years, the festival has become iconic on the international stage and the voice of South Asian cinema in Canada.

Festival is happy to announce international writer, director and teacher of cinema Anup Singh as IFFSA ambassador. Anup Singh has received many accolades for his films, especially the critically acclaimed “Qissa –The Tale of a Lonely Ghost” (2013) which premiered at the Toronto International Film Festival, where it won the award for “Best Asian film” (NETPAC). BMO IFFSA Toronto is also excited to welcome international film star Irrfan Khan as the special guest to the festival! Khan has worked in both Bollywood and Hollywood, and is best known for his roles in Lunchbox, Piku, Paan Singh Tomar, Qissa, Life of Pi, The Amazing Spiderman and Jurassic World.

“It’s an honour and privilege that these International Film icons have associated with IFFSA. Excitement will be even greater this year with the presence of these personalities at the festival” stated Sunny Gill, Founder | President of BMO IFFSA Toronto.

BMO IFFSA Toronto announces an exciting line up of 80 + films in 15 different languages and 40+ events. Festival week will open the momentous film, Continuous Journey – The Story of Komagata Maru by Ali Kazimi and Rakesh Mehta’s heartfelt, Vaapsi – The Return of the Rebel will be the closing film. Later that week on May 21st is the worldwide premiere of Mithila Makhaan, presented by Nitin Chandra. This Indo Canadian co-production took shape at IFFSA last year and went on to win the 63rd Indian National Award.

The festival is dedicated to providing a platform for young Canadian film makers. Satinder Kassoana’s Don’t Walk Among the Dead and Mahi Kaur’s Coffee at Laundromat are films to be watched in this category. IFFSA has a clear focus on representing the South Asian subcultures in their movie line up for the festival. Look out for the North American premieres on May 22nd – the Urdu movie Manto by Sarmad Khoosat, the Bengali movie Anil Bagchir Ek Din by Morshedul Islam and the Malayalam movie Valiya Chirakulla Pakshikal by Bijukumar Damodaran.

The excitement continues the FESTIVAL WEEKEND May 19th- May 23rd with more film screenings and fun- filled events for everyone to enjoy!

Festival success has been made possible due to the generous support of festival sponsors including title sponsor BMO Bank of Montreal, KIA Canada, Air Canada and Lead sponsors Great Gulf and Cineplex. IFFSA is also grateful for the support provided by our media partners CBC, Metroland Media and ATN.

View the full film festival schedule of 80+ films and 40+ events happening at BMO IFFSA Toronto 2016 and CHOOSE YOUR EXCITEMENT online at www.iffsatoronto.com